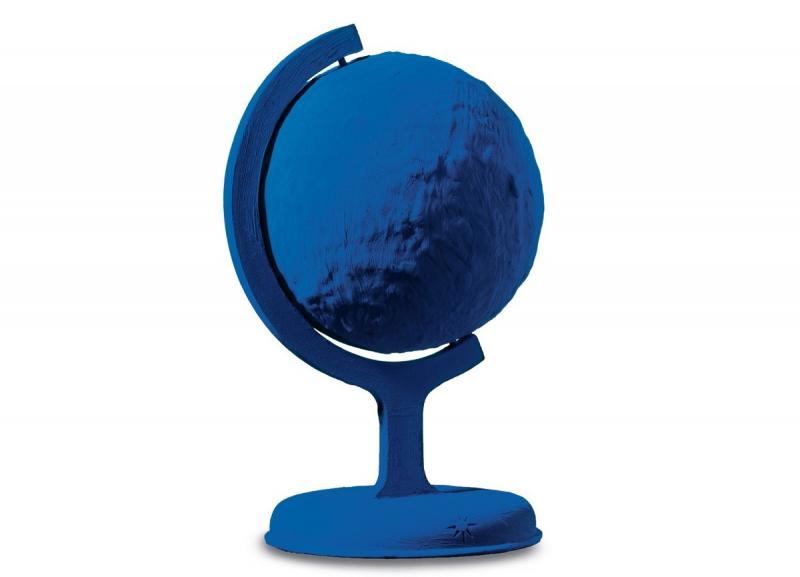 The Pushkin State Museum of Fine Arts in collaboration with the BOZAR Centre for Fine Arts (Brussels), ZKM|Center for Art and Media Karlsruhe, the ROSIZO State Museum and Exhibition Centre, present the exhibition “Facing the Future: Art in Europe 1945–1968”. This project, unique in its scale, has been lasting for two years already and has been presented to the audience in Brussels and Karlsruhe. Despite alterations of the display from one exhibition to another, the general concept remains the same: it is a perspective outlook on the post-war art and culture of East and West Europe as an integral artistic scenery, created by artists of different countries no matter their political commitment.

The exhibition covers a period of almost 25 years – a period of the century’s major war conflicts, new threats coming from highly destructive weapons and local wars that could easily transform into total ones. It is a period of collisions of the “cold war” that separated peoples with its “iron curtain” and the walls that, by the end of the 1960s, separated generations of “fathers” and “sons”, whose ethical expectations from one another were sometimes set too high.

The five sections of the display include paintings, sculptures, installations, mobiles, performances documented on video and photographs, posters, and other materials helping the viewer immerse into the historical context.

The display presents a detailed narrative illustrating the way the posttraumatic syndrome of the mid-20th century was experienced and reflected in the artworks of the pioneers of contemporary art – for instance, Dada artist Hans Richter (“Stalingrad” collage), expressionist artist Otto Dix (“Self-Portrait”), Ossip Zadkine (the “Destroyed City” statue), Picasso (“Man with a Lamb” sculpture), Henry Moore (“Fallen Warrior”); and those who, just as the sculptor Vadim Sidur (“Treblinka”), the painter Eliy Belyutin (“1945 [Three Months After the War]”), as well as Viennese action painter Otto Muehl, were war veterans and whose artistic outlook was shaped under its major influence.

The exhibition presents modern and post-modern artistic trends of the 20th century: expressionism, surrealism, abstraction in its broadest sense – from “informel” and “action painting” to geometry – op-art, kinetic art, concrete art, conceptual art, and new media; as well as various kinds of realistic art: from Aleksandr Deyneka’s “reserved” social realism to the expressiveness of Renato Guttuso and Willi Sitte, and Werner Tubke’s loyalty to the classical tradition. Besides, artists working with contemporary trends in the complicated circumstances of the 1950s – 1960s in Eastern Europe and the USSR are shown at the exhibition as Western European artists’ counterparts and allies. And if, thanks to the exhibitions held at our Museum, works of such Polish artists as Tadeusz Kantor or Jerzy Nowosielski are somewhat familiar to the Russian audience, the art of Czech and Hungarian masters of pictorial abstraction, concrete and kinetic art, is not largely known in Russia. The present exhibition will fill this gap by showing pieces by Lajos Kassak, Laszlo Lakner, Bel Kondor, Aleš Veselý, and many other talented artists.

The closer the display gets to our times, the more obvious become the similarities of the artistic research in West and East Europe. The art of Moscow kinetic and neo-constructivist artists Francisco Infante-Arana, Rimma Zanevskaya, Vyacheslav Koleichuk found its parallel in the works with space by Heinz Mack and Otto Pine.

Several works presented at the exhibition are intended for blind or partially sighted visitors. These pieces include a bronze model of the monument “O, Germany, Pale Mother!” by Fritz Kremer (from the collection of The Pushkin State Museum of Fine Arts) at the Mauthausen concentration camp, as well as palpable copies of the painting “Dove” by Picasso, “Still Life with a Seashell on Black Marble” by Henri Matisse, and others.

The exhibition is accompanied by an educational festival «Thaw: Facing the Future» organized in cooperation with partner museums.