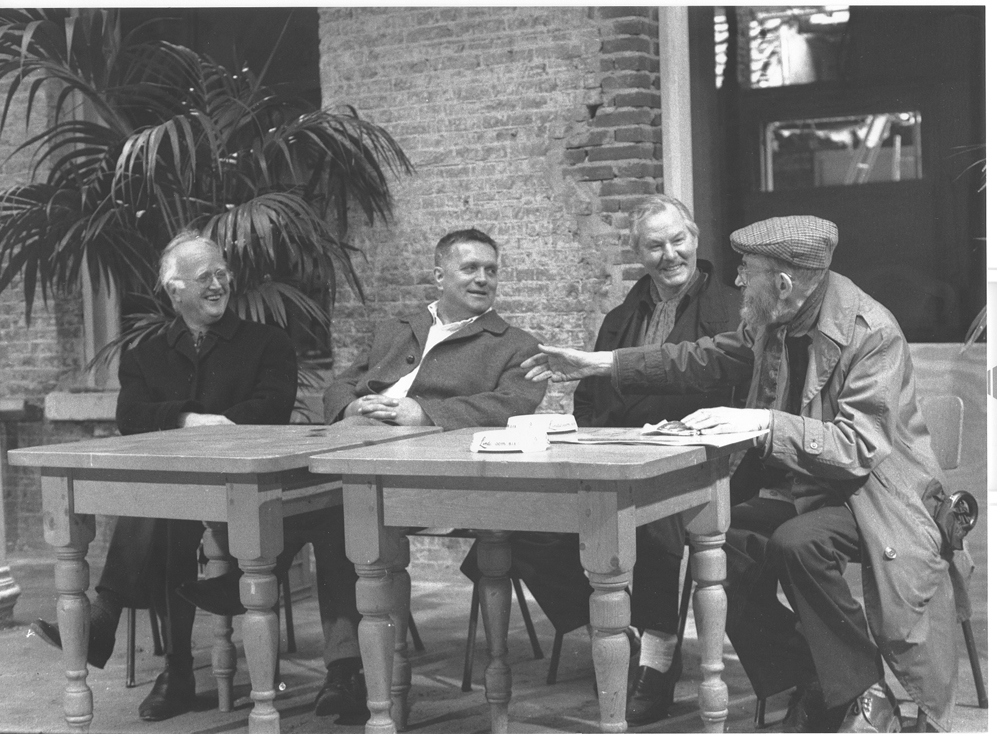 The group lasted untill 1965. The Nul-works are anti-painting-alike and traditional materials such as painting and stone were replaced by industrial materials.

Monochrome: Colors are reduced to only one or two: oftenly black and red (Armando) and white (Jan Schoonhoven and Henk Peeters)
Repetitiveness: Nul loved rythm and regularity. Repetitiveness of isomorphous elements within one concept, is typical for Nul-works.
Seriality: The authentic artpiece was declared dead by Nul. The modern times and industrial materials were seen as a new era. The machinal production of artworks was typical for Nul. In exception of Jan Schoonhoven, all the Nul-artists made multiples.
Directness of the materials: A Nul-work has to be a objective and neutral image of the reality. Lots of materials were used without bringing any change to them.