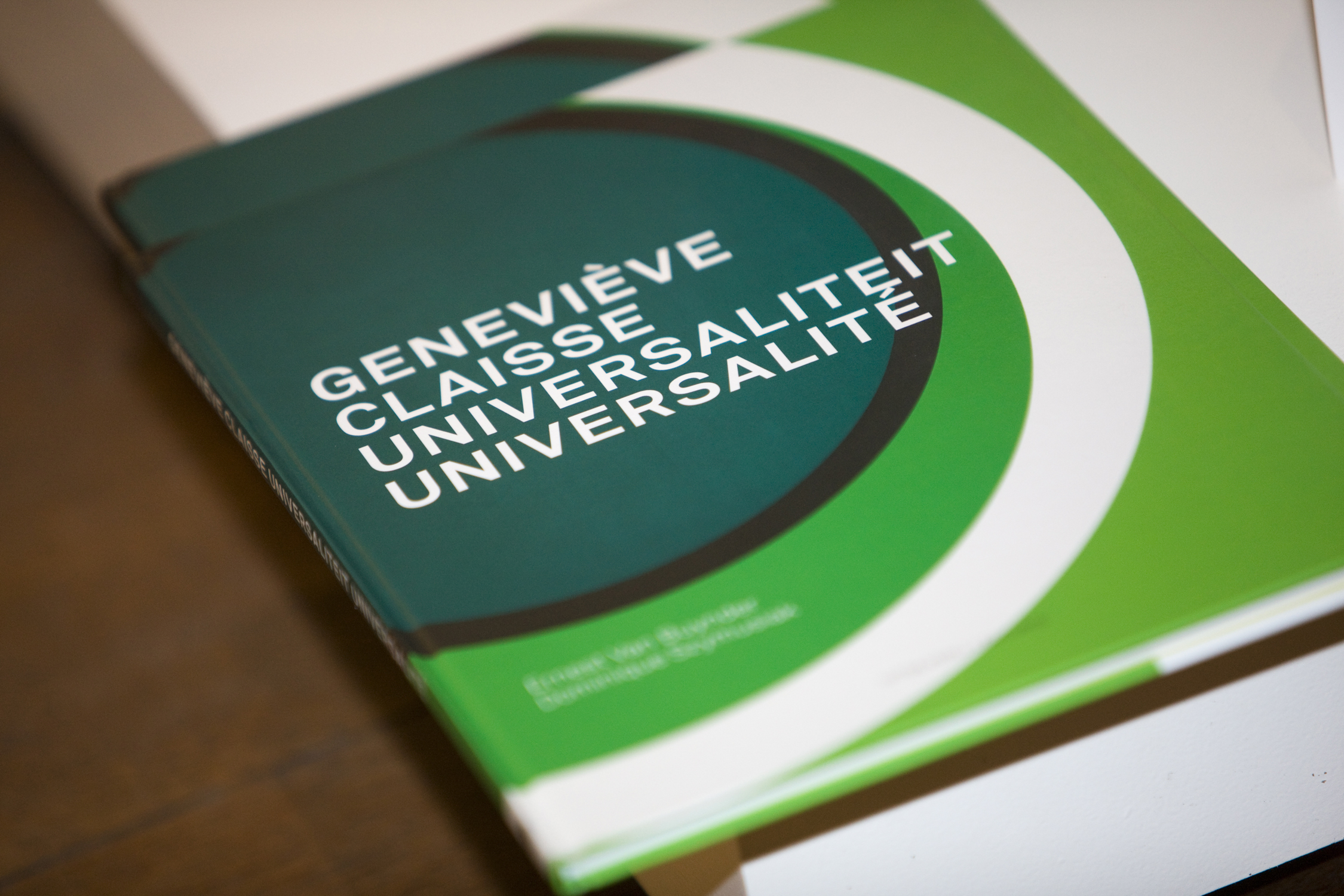 At the opening of the solo exhibition of Geneviève Claisse, Elementary Forms in Eeklo, Kunstzolder.be presented the new book Universality. The book includes texts by Ernest Van Buynder, the president of the Friends of the MuHKA and art historian Dominique Szymusiak.

As one of the leading figures of the second generation geometric abstracts in France, Geneviève Claisse has developed a very interesting and varied oeuvre over the years. Her work has its origins in the early 50s when Claisse was very intrigued and affected by the geometric abstraction.

Unlike the work of artists such as Herbin in France and Guy Vandenbranden in Belgium, her work does not depart from an initial figuration. Claisse worked in an abstract way from the beginning, her abstract figures that are kept in many small notebooks. Today, if we look back at this visual diary, we can see already in the early 50s the origin of images, styles and interventions that only years later finally found expression in her work.

Geneviève Claisse was discovered by French gallery Denise René, the leading gallery for optical and kinetic art. Claisse her work was also often shown in the context of the art of Victor Vasarely, Julio Le Parc, Alexander Calder, Jesús Rafael Soto and Carlos Cruz-Diez and others. Claisse is also the biographer of Auguste Herbin, with whom she had close contact and with whom she has resided the last six months of his life to assist him as a young artist.

The bilingual book (NL/FR) shows the oeuvre from the beginning until now. It was published by Lecturis and is available on this website, in museum shops and bookstores.