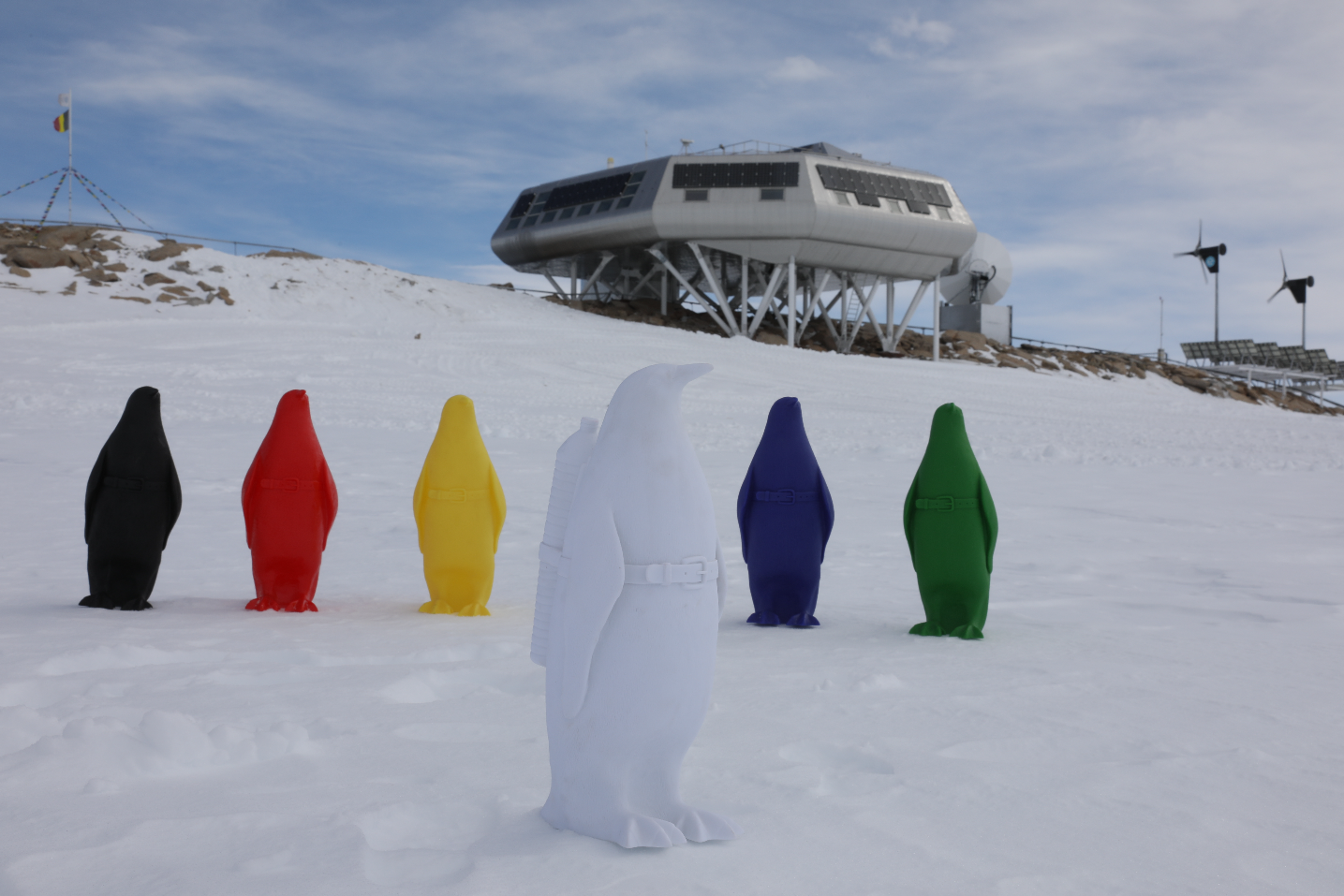 At the beginning of December 2016, William Sweetlove and Cape Town Art Agency (CTAA) managed to set up a temporary art exhibition on Antarctica to create awareness of environmental issues.

"A colony of Adelie penguins were placed in Rossea, one of the last remaining intact ecosystems and also the largest protected marine area in the world", says William Sweetlove.
Fishing in Rossea has been banned for the next 35 years as penguins are not only threatened by climate change but also by the continuous hunting of krill which forms the main diet of these penguins.
“Up until 2015 we have been lucky to avoid this threat. As an artist, I am using my plastic penguins to emphasize the issue in this area. The scientific studies are are vital in the research of global warming.”

As no foreign objects may be left in Antarctica, the Sweetlove penguins will return to Cape Town where they will be auctioned for a good cause.