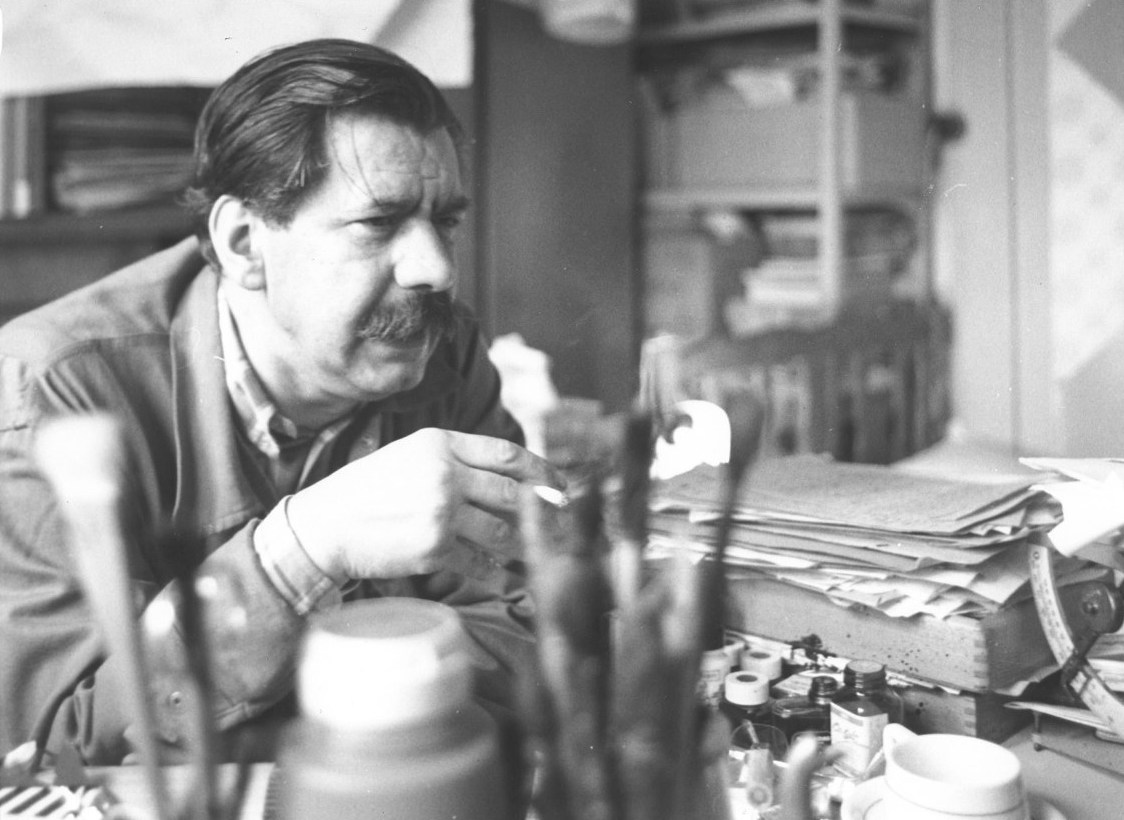 Christian Dotremont was a Belgian painter, writer and poet. Along with Joseph Noiret, Dotremont was one of two Belgians who were involved in the founding of the CoBrA movement.

As a young artist, Dotremont was closely associated with Surrealism. Along with Noël Arnaud and Edouard Jaguer he founded the artists' movement Le Surréalisme Révolutionnaire. Later the CoBrA movement in Belgium would emerge from this initiative. Dotremont got an important role in the establishment of CoBrA. He wrote the pamphlet by which the movement was founded. Only a few months later, Pierre Alechinsky became a member. Dotremont and Alechinsky were the driving forces behind the CoBrA movement in Belgium. Dotremont served as general secretary of the movement.

He often worked together with painters, making works that combined texts, painting and fabric, called Peinture-mots. Dotremont began painting himself in the early '60s. Typical of his work is the use of his own handwriting, in order to create made-up characters in black ink, called logograms. This was a form of visual poetry.