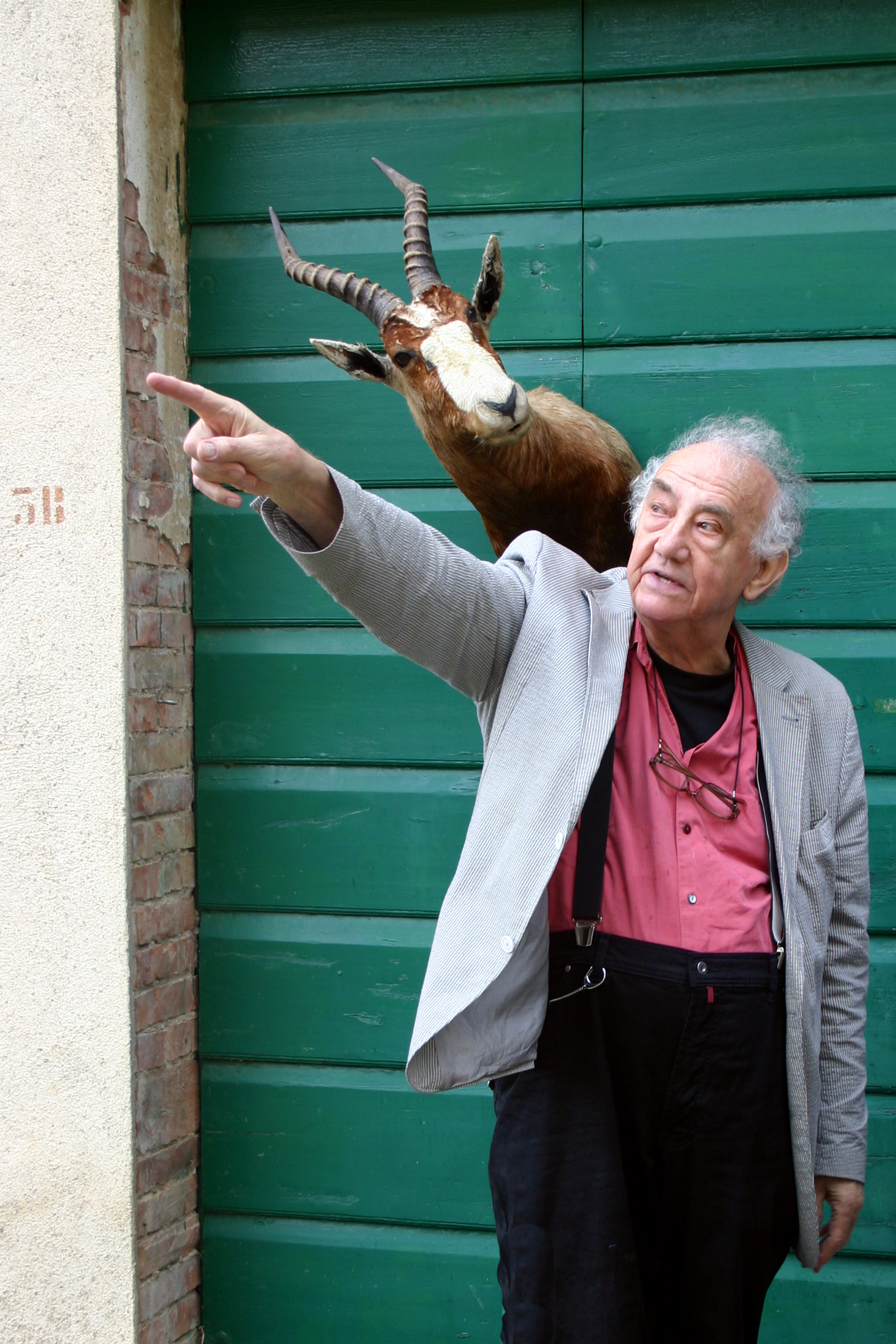 We are more connected than ever before. Traveling has never been easier and almost everyone is within a permanent range of contact. Communication is everything and everywhere. It should come as no surprise that with this exponential surge in information, the tendency to simplify and synthesize has increased. While attempts are made today to condense policies, communication at times of crises, and historical reporting into tweets of maximum 140 signs, and headlines are doctored in such a way that they are instantly appealing to whomever is randomly clicking away, people remain stranded with their personal stories. This simplification has made the language of the visual far more significant; people attempt to capture significant moments with images in order to share their emotions and experiences with the outside world.

Daniel Spoerri was born in 1930 in Romania as Daniel Isaac Feinstein. He was the son of the missionary Isaac Feinstein and Lydia Spoerri. When, in the summer of 1941, Romania took sides with Nazi-Germany, his father, a Jew who had converted to Christianity, did not escape the cruel persecution. He was picked up, deported to an extermination camp and murdered. With their mother, who had a Swiss passport, Daniel and his brothers and sisters escaped in 1942 to Switzerland and found shelter there with their uncle, Theophil Spoerri, the vice-chancellor at the University of Zurich. There the children were registered under their mother’s maiden name. Daniel Spoerri received an education in trade and worked as a book salesman, a fruit merchant and as a photographer.

In Switzerland he met the dancer, choreographer and director Max Pfister-Terpis, who advised him to train as a dancer.  Following a career as a solo dancer and as a director of avant-garde pieces by Eugène Ionesco, Pablo Picasso and Jean Tardieu, Spoerri also tried his hand at being a film director. During this period he met Jean Tinguely and Eva Aeppli.

The forced escape to Switzerland had made a tremendous impression on the 12-year old Spoerri. Since then he had led a nomadic existence and had never stayed in one place long. The major cities became anchor points to which he occasionally returned, as a kind of transit zone on the way to the peaceful countryside. With every move Spoerri made advances in his own career and in art history.

In 1959 he moved to Paris, where he met Arman, François Dufrêne and Yves Klein. There, his first pieces of object art, the so-called Tableaux Pièges, came about. On October 27th 1960 the group Nouveau Réalisme was founded in Klein’s studio together with Spoerri. In 1961 he participated in the exhibition The Art of Assemblage in New York’s MoMA with, among others, Marcel Duchamp, Pablo Picasso, Joseph Cornell and Jean Debuffet. It was the first time that assemblage art was at the centre of attention. In 1962, with Jean Tinguely, Niki de Saint Phalle and Robert Rauschenberg, among others, he designed and built the Dynamic Labyrinth at the Stedelijk Museum in Amsterdam.

In ‘64 and ‘65 Spoerri lived in the Chelsea Hotel in New York. During that time he put together the exhibition “Eaten by… - 31 Variations on a Meal”, at Allan Stone Gallery. With his table assemblages he allowed the audience to engage with 31 intimate moments of various groups of people who had shared the table. This exhibition was repeated in 1965 at Galerie Ad Libitum in Antwerp. This was also the artist’s first solo exhibition in Belgium.

In 1966 the artist withdrew for a year and a half on the Greek island of Symi, where he opened a restaurant, started a publishing house and became a professor. He subsequently moved to Nantes, only to open another Restaurant Spoerri in Dusseldorf one year later.

It is from this nomadic existence that we can deduce that Spoerri has a particular relationship with the objects he encounters at his many destinations. They constitute his world and his story. When seen apart they cannot be brought into relation with a moment or a memory, but by uniting them in one work they become part of a whole, of a family that is inextricably linked.

Wieland Schied, former curator of the Bavarian Academy for Fine Arts, describes Spoerri as a storyteller. His stories are however not language-based, but told by means of his many assemblages and collages that, sub-divided into themes and categories, each have their own origin story, driven by pure coincidence. In many respects they can be seen as random recordings of a moment, an eloquent image from which a story seems to spontaneously emerge. Although every piece has a personal character, the artist succeeds in stimulating the viewers into considering how it originated and so to create a story of their own.

Particular places, objects, people, and moments fascinate Spoerri. He does not wish to lose them so he captures them in his work. Work for him means taking hold of a piece of reality and allowing it to live on in an artwork. In a time in which people are able to capture every possible moment with a snapshot in order to subsequently share it via social media, millions of people try to do the same on a daily basis. In a certain sense this can be considered as one of the reasons why Spoerri’s work has remained so contemporary. People share pictures of their restaurant table and put emoticons with them in order to capture the moment. They are disseminated with the aim of telling a story about its maker, the place and the moment, as if they were moments to cherish. 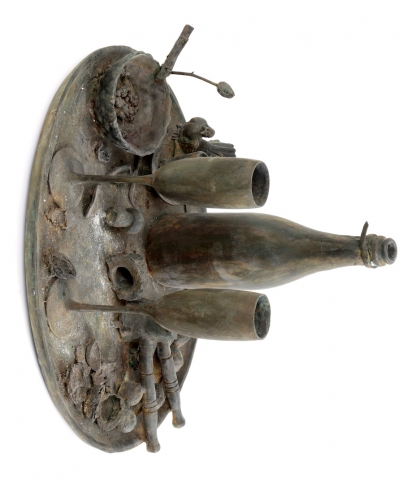 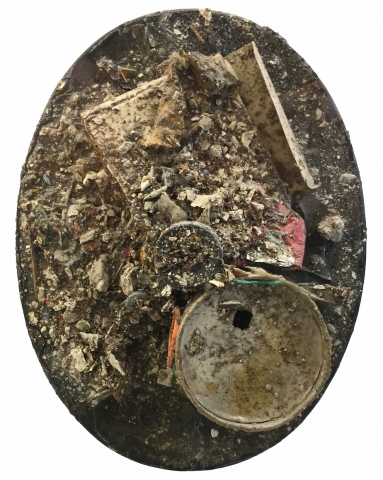 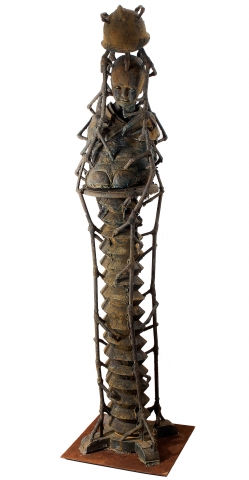 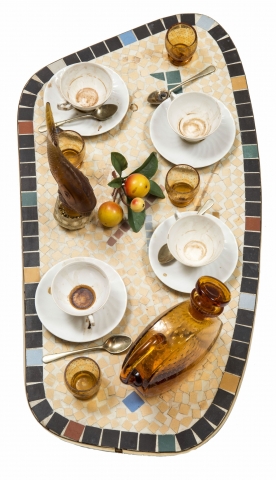 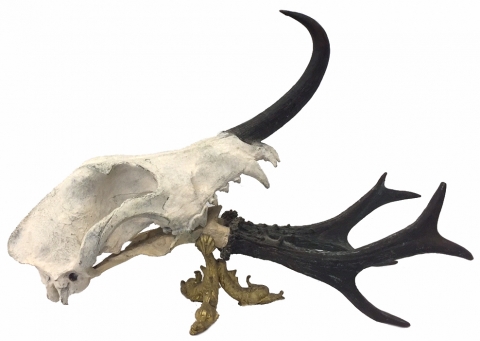 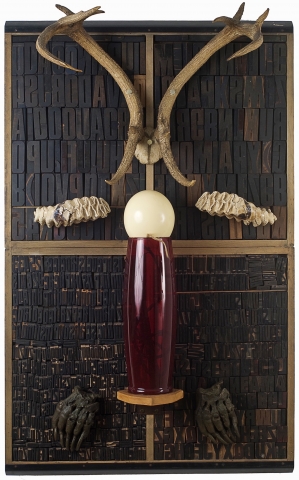 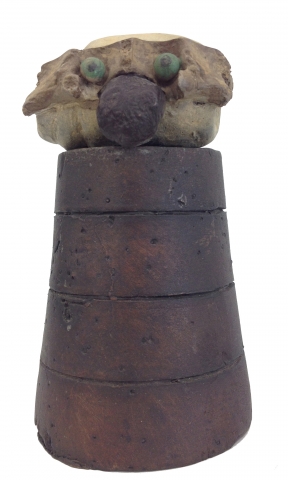 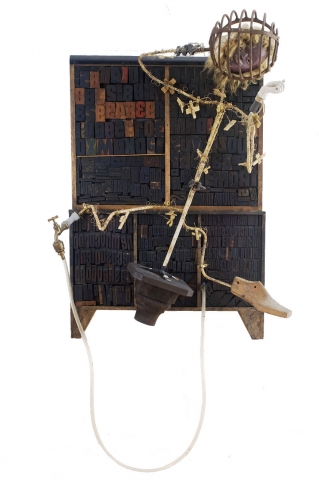 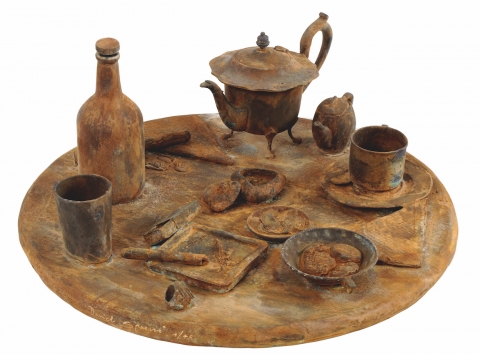 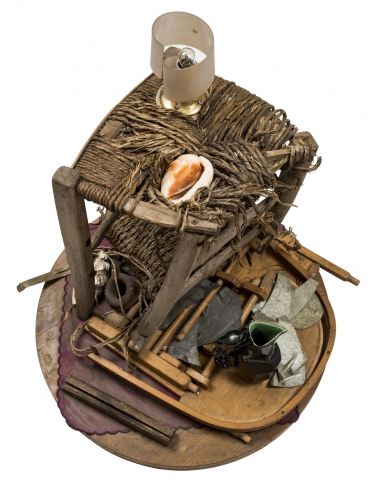 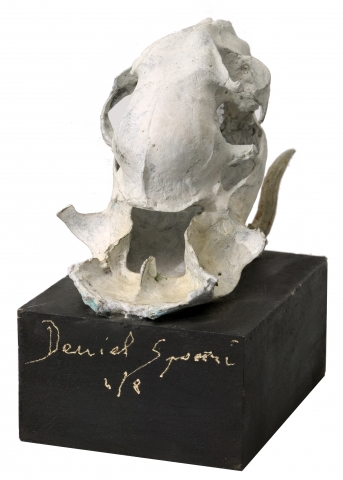 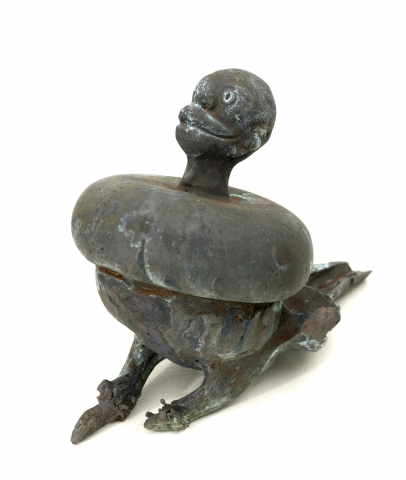