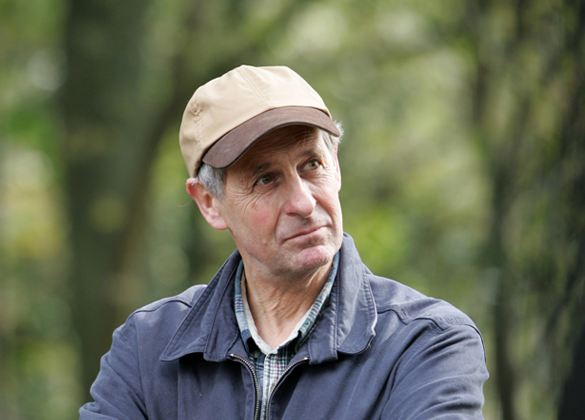 David Nash is an English sculptor. He has become wellknown for his land art projects.

Nash studied at Brighton College from 1959 to 1963 and then at the Kingston College of Art until 1967. He was a postgraduate at the Chelsea School of Art from 1969 to 1970. In 1967 he moved to Blaenau Ffestiniog in Wales where he still lives and works. Nash was elected a member of the Royal Academy of Arts in 1999. In 2004 he was awarded an appointment as Officer in the Order of the British Empire.

Nash is best known for his large wooden sculptures, such as Noon Column in Coburg (Germany). His main instruments in the manufacture of these sculptures are the chainsaw and the axe, as well as a burner for partly carbonizing the wood. He also frequently participates in land art projects throughout Europe, the United States and Japan.

In the late 1980s, Nash worked on the Djerassi Resident Artists Program, in Woodside, California, where he applied redwood and madronewood.

Much of David Nash's work is in the collection of the Cass Sculpture Foundation at Goodwood near Chichester, West Sussex and in many museums and sculpture parks around the world, such as the Kröller-Müller Museum in Otterlo, the Yorkshire Sculpture Park, Forest or Dean Sculpture Trail, Sculpture Park of the Kunsthalle Mannheim and Sculpture at Schönthal in Langenbruck (Switzerland). 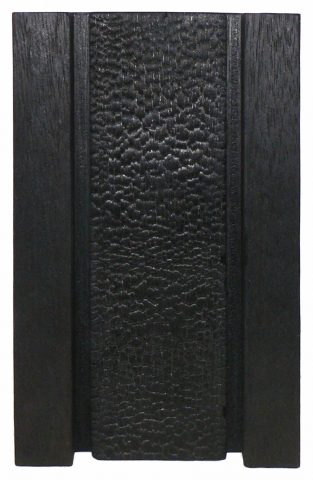