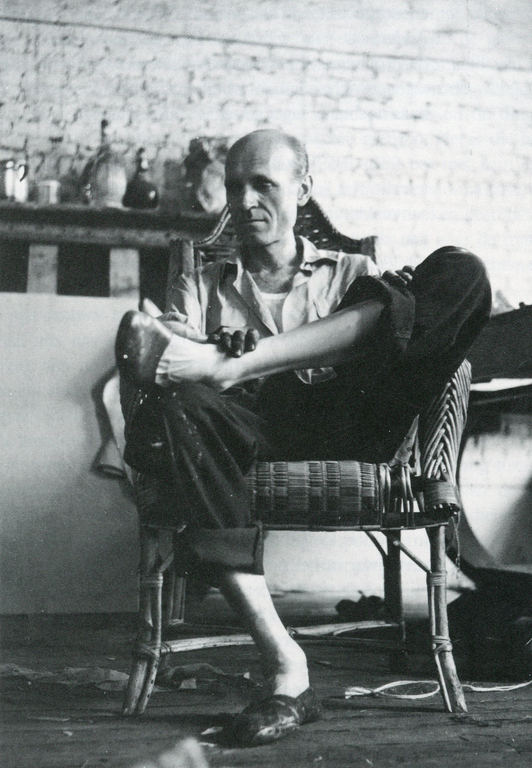 Englebert Van Anderlecht is a representative of the lyrical abstraction with gestural nature. In his early years, he folowed Georges Braque and Paul Cézanne, but he changed his style after a few years.

His paintings express a restrained drama and a strong inner feeling. In lyrical abstraction, attention is being paid to the physical movement of the painter. Anderlecht is also cald a representative of the informals.

Through his hunger for knowledge, the trips he made and contacts with artists like Serge Vandercam, Bram Bogart, Jef Verheyen and Vic Gentils his horizons broadened and his expression became more diverse. From then on he created a gestural painting.

Englebert Anderlecht died in 1961 at only the age of 43 in Brussels. Although he died early, he left anyway after an extensive oeuvre.