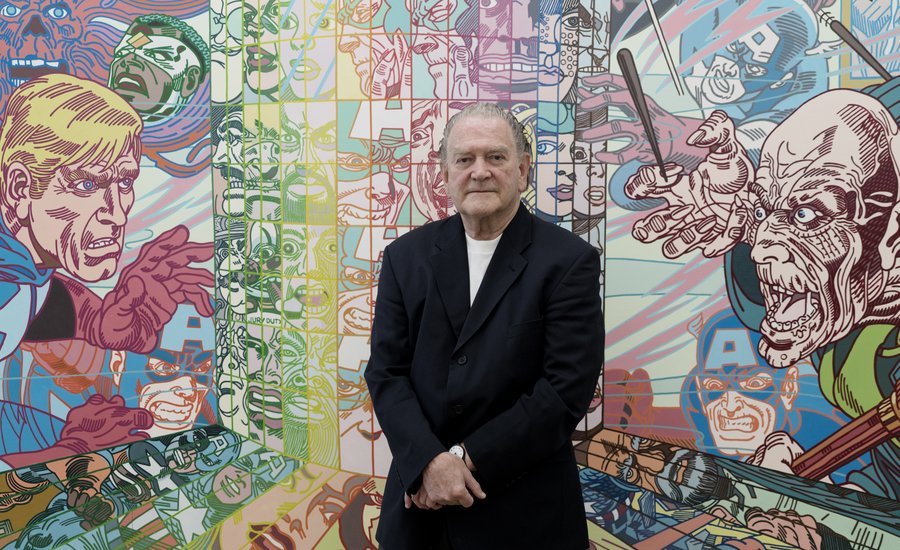 Erró was born as Guðmundur Guðmundsson in Ólafsvík, Iceland. He is a visual artist and painter, who is best known for his painted Pop Art collages of images from comic books and advertisements. He studied art in Norway and in Italy, and has resided in Paris, Thailand and on the island of Formentera for most of his life.

Erró is one of the founders of a movement called Narrative Figuration in the early 1960s in France. Many artists participated in the emergence of this artistic style such as Valerio Adami, Herve Telemaque and Peter Klasen.

In 1989 he donated a large collection of his works to the Reykjavik Arts Museum, which has put part of it on permanent display and opened a website where the whole collection can be visited. Erró currently lives in France and Spain. 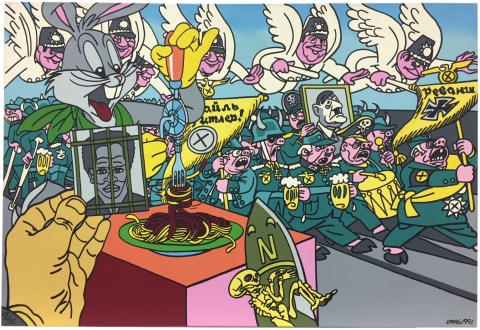