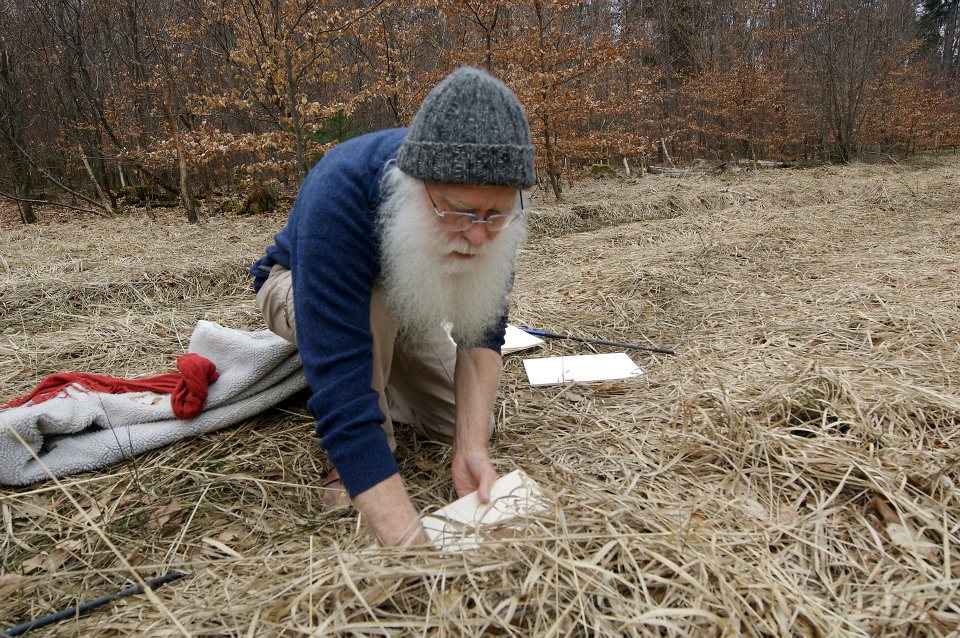 herman de vries is a Dutch artist. He spells his name without capital letters to "avoid hierarchies".

In 1949-51, herman de vries studied at the National Horticultural of Hoorn. After that, he worked as an agricultural laborer in France, and from 1952 as a botanist in the Plant Protection Service in Wageningen. Since 1953 he creates art. His early work consists of collages of found materials. He called them collages trouvés, in which he refers to the objets trouvés of Marcel Duchamp. Later in the 50s, he was painting with white, gray and black tones that can be subsumed under the heading of material painting and informal art. Around 1960 he worked only with white paint. In 1961 de vries, along with Armando and Henk Peeters of Nulgroep, founded the magazine NUL=0. After two editions, the editors fell apart and de vries made two numbers on his own.

Meanwhile, de vries was appointed as a biological researcher at the Institute for Applied Biological Research in Nature (ITBON) in Arnhem. In his work he visualised probability functions. It resulted in work with randomly placed blocks, dots and letters.

Concepts such as 'being' and 'reality' have a main role in the oeuvre of de vries. The sensory experience it is primordial for him. Because de vries regards nature as our primary reality, he shows it as a document - stripped of other meanings - to provide experiences that make it possible to discover the poetry of reality.

Artworks by de vries are included in the collections of many important international museums. His work was also shown in the Dutch pavilion at the Venice Biennale in 2015.