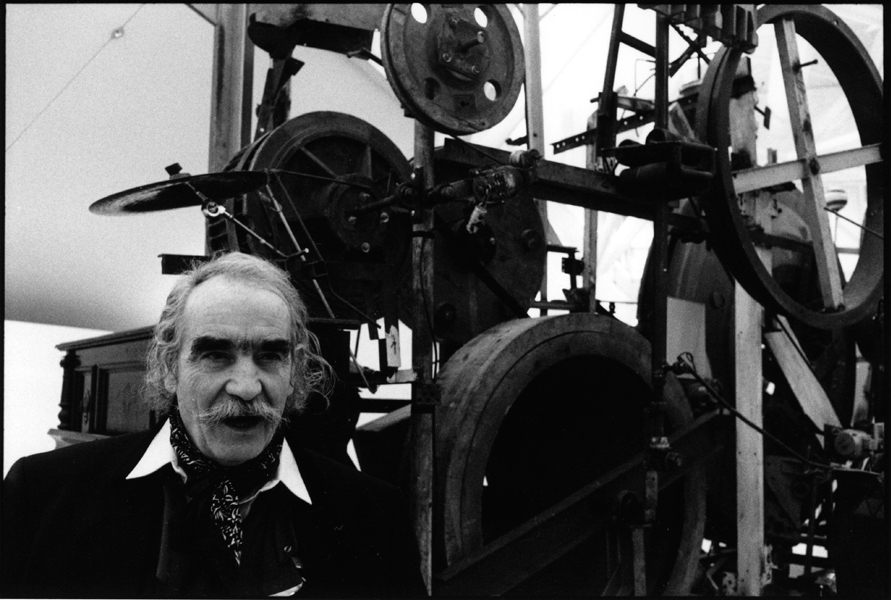 Jean Tinguely was a Swiss painter and sculptor. His work is part of the kinetic art.

Tinguely was born in Fribourg, Switzerland, and grew up in Basel. He married in 1951 with the artist Eva Aeppli and moved in 1953 to Paris. In 1955 he met the French sculptor Niki de Saint Phalle who asked him to weld somthing for her. He worked and lived from the late 1960s with her and started in 1961 to produce collaborative work. Together they made a large number of works including Stravinsky fountains in Paris.

Tinguely is best known for his kinetic artworks. He was part of the Nouveau Réalisme and therefore was a close friend of Yves Klein and Daniel Spoerri. The influence of the French Dadaism is palpable in his work.

The Jean Tinguely installations move by engine or by other elements such as the wind or the viewer himself. Some of his sculptures, including some self-destructive machines were destined to undergo changes in the course of time.

His moving and changing machines were an expression of his belief that the essence of both life and art consists of continuous change, movement, and instability. His useless machines can also be seen as caricatures and reviews of the mechanical world, the technological system, and the belief in technological progress. 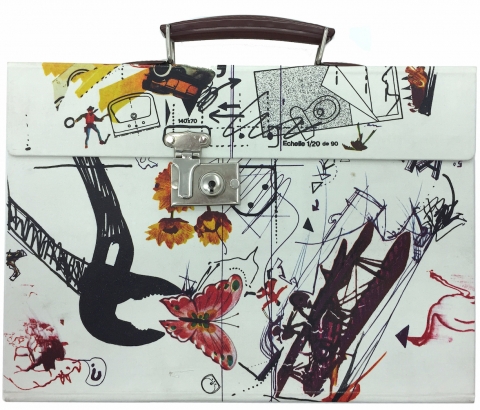