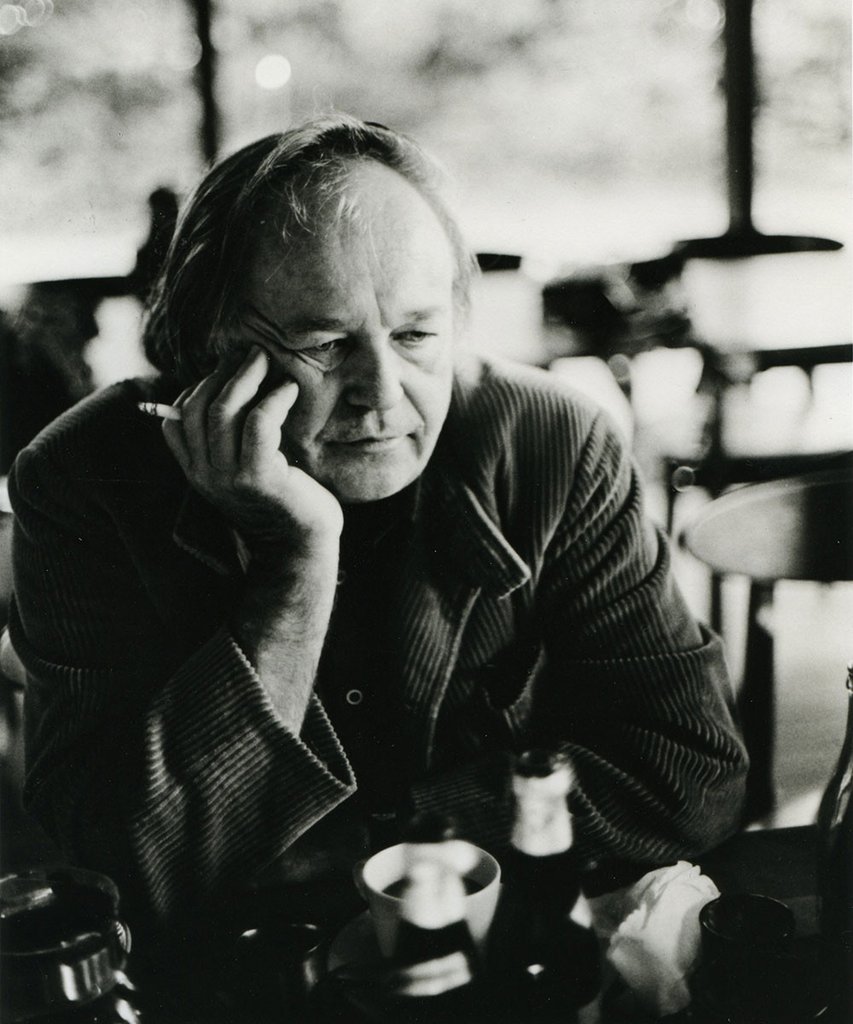 Sam Francis was an American painter who belongs to the artists of the abstract expressionism. An accident during his military service caused him to be seriously injured and he had to live in a corset for years. During the many months in hospital he painted in his sick bed. He stated that he painted to heal himself. In 1947, he started his studies for painting at the University of California in Berkeley.

Sam Francis felt strongly linked to European art. He lived in Paris from 1950 to 1957. Monet, Matisse and Bonnard greatly pleased him, all three colorists. Sam Francis characterized himself as an abstract colorist.

As from 1950 he practiced a style of painting where the entire canvas or paper was covered and he sprayed with vivid color splashes or strokes. He approached color from a meditative and spiritual point of view. The spacing between the splashes and stains were very important for him. Later he also sought inspiration in the Far East, where he often returned.

Sam Francis's work is of great importance in the history of art. It is represented in major museums and private collections. 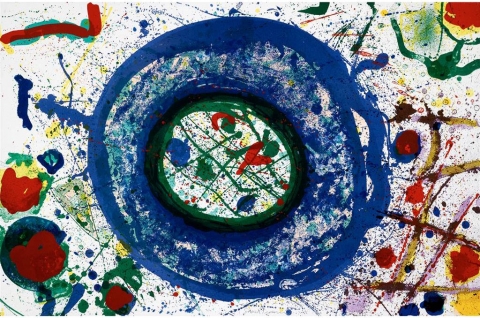 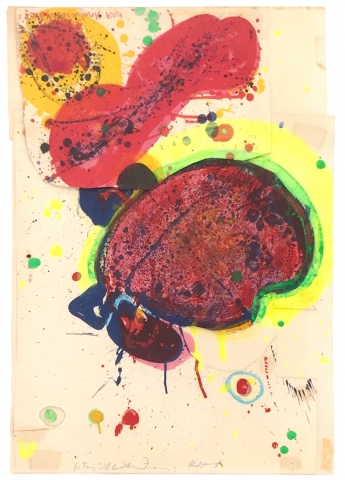