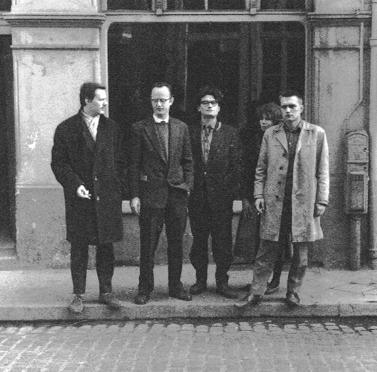 The Dutch Informal Group consisting of Armando, Henk Peeters, Jan Schoonhoven, Jan Henderikse and Kees van Bohemen was formed in 1958. It was founded by Henderikse and Schoonhoven. One of the most important principles was to disolve the form because of the "greater possibility in order to achieve an objective neutral expression of general validity."

The term 'Informal Art' was used in 1951 by the artcritic Michel Tapie for a set of CoBrA, lyrical abstraction, action painting and matter work. Some general informal ideas are: a rational approach, no preconceived plan, no ideal of beauty, but rather spaciousness and formlessness.

The Informals in the Netherlands are more broadly conceived than just the Informal Group. You could see the Informals as a loose group 'between CoBrA and ZERO ', more or less evolved from the League New Images. The League, which exhibited annually at the Stedelijk Museum, was initially mainly formed by geometric abstracts. From the side of the free abstracts, an opposition arose. The next exhibition included Schoonhoven, Armando, Peeters, Van Bohemen, but also Wagemakers, Wim de Haan and Theo Bennes. In the League CoBrA was barely represented only Eugène Brands and Constant were members here.

The Informal Group has been desolved after a few years. Armando, Henk Peeters, Jan Henderikse and Jan Schoonhoven have evolved towards the ZERO art and founded the Nul-movement. Their informal period was an important basis for the principles of their new art. 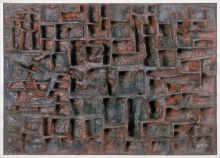 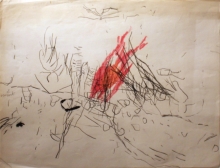 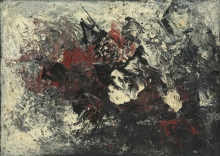